In twenty years we will be between nine and ten billion people on earth. Our agricultural practices, on a planet limited on the surface, will be challenged, forcing us to quickly find complementary alternatives to our current production model. We will have to produce 70% more food by 2040.

Organic farming takes the environment into account, but even if scientific research leads to improved yields on these farms, we would need to triple them in two decades, a far too big challenge.

To reduce the use of pesticides and reduce nitrogen runoff by converting all arable land globally into organic agriculture, almost 50 percent more agricultural land would be needed today.

The populations as a whole should cut down half of the remaining forests to grow crops. Making available so much land would generate about 500 billion tonnes of CO2, almost the equivalent of the total CO2 emissions so far. 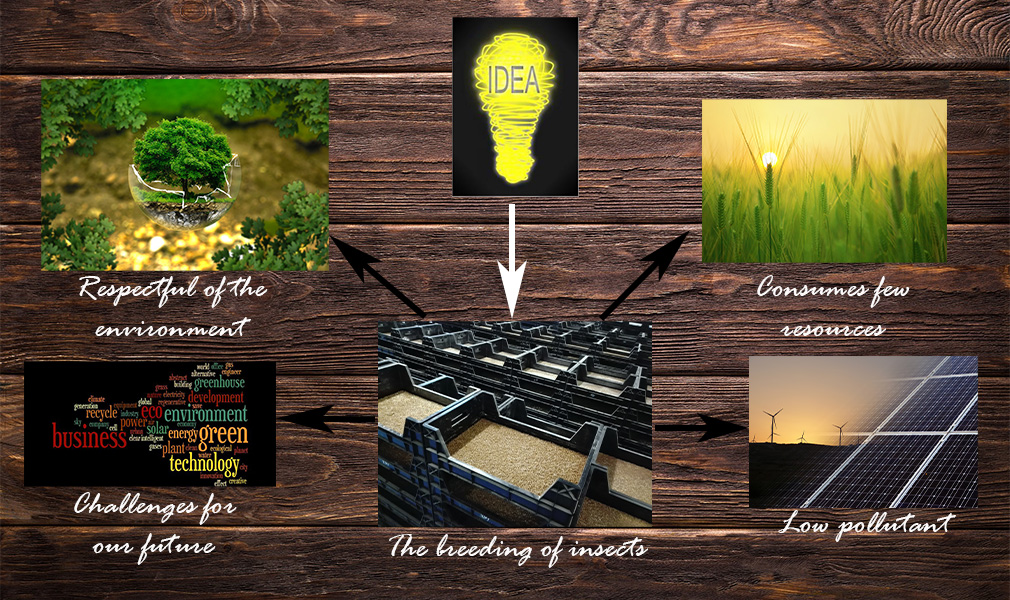 Insect farming is significantly less dependent on soil than conventional farming, it requires little space, little water, low pollutants and virtually no waste. Moreover, the ethics are respected, the insects are tremendously adapted to the mass breeding, they live, by nature, in dense groups, which discards the questions related to the overpopulation.